Get fresh music recommendations delivered to your inbox every Friday.

The Certainty of Change

by The Michael Gabriel Band 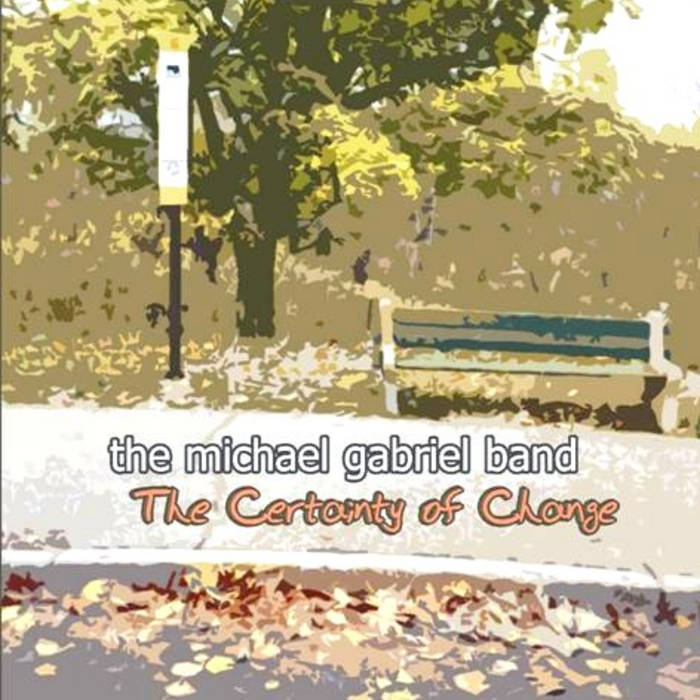 This album was recorded in Stratford, Lowville and Burlington, ON, Canada. On the insert - the track listings are separated by their recording location. And because each location had a different musical feel - we felt it was worthwhile to make it a three part album that ranges from uptempo songs with a full band and horn arrangements to ballads and stripped down tracks with vocals guitar and piano.

This band played live for quite a while in Toronto. Our home venue was a little jazz bar in Roncesvalles Village where we had the CD release party for this release.

The rehearsals for this band were called 'The Silent Rehearsals' because the drummer had electric drums, the keyboards bass and guitar went directly into the mixer and we all wore headphones. To anyone passing by - it sounded like a guy singing with a guitar - but - as you will hear - there was a lot more going on! These guys were a pleasure to perform and record with and Rob - as always did a solid job capturing our essence in the studio -

Enjoy the journey of this album!

Bandcamp Daily  your guide to the world of Bandcamp